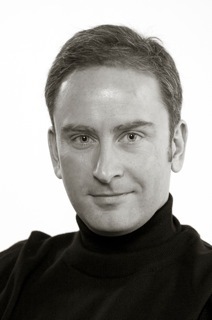 Saint Chad’s Cathedral, located on the edge of Birmingham’s Jewellery Quarter, is an integral part of the Pugin story, and a key location in Corbett’s novel. Pugin treasures from the Cathedral’s private collection will be on display at the book signing event.

Palace of Pugin is the compelling true story of a remarkable man, Augustus Pugin. It reveals the passion and betrayal behind the building of Britain’s most iconic building, the Palace of Westminster.

Speaking to The Basilican Nick Corbett said, “Pugin shared a vision with Prince Albert, and a group of young industrialists, to transform society. Their mission was to rebuild Britain to the glory of God, starting with Parliament.”

He continues. “I believe it’s fitting for the Palace of Pugin to be launched at Saint Chads. When Pugin was building the Cathedral, the bones of Saint Chad were rediscovered in a safe house, and were taken to Oscott College in Birmingham. Bishop Walsh took the bones in a casket designed by Pugin, in a procession from Oscott to the new Cathedral. This chain of events reminds me of Joseph in the Old Testament, who gave instructions for his bones to be taken back home to Canaan, so he’d remain part of his people’s story. Saint Chad remains part of our people’s story, and now, 200 years after his birth, Pugin is also being remembered.”

Nick adds, “Pugin showed how the industrial revolution didn’t just have to be about mass production. It could also be about truth, beauty, and social justice. He was the forerunner of the Arts and Crafts movement.

“Pugin’s life was short but eventful. When he was just twenty-one, his wife died and he became a single parent. His mother and father died from different causes in the preceding year. He was married three times. His final days are truly tumultuous. It’s a life story that pulls at the heartstrings, but he finds love, and he leaves a remarkable legacy.”

Nick will also be signing copies of the sequel, Arden – which has been described as ‘Friends meets Grand Designs’ – it is a coming of age story that reveals how Pugin’s legacy lives on in contemporary Britain.

Signed copies of both Palace of Pugin and Arden will be available, at a reduced price, at the launch event.