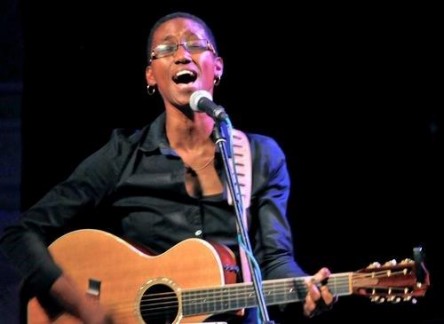 For a good number of people who gathered on Palm Sunday evening in the evocative setting of the Pugin Cathedral of St Chad, Birmingham, the presentation of the Way of the Cross in music and drama was a moving and uplifting start to Holy Week.

A company of some 50 musicians, singers and narrators, spanning ages of primary and secondary school through to adults in their 50s, led by the mesmerising voice and persuasive organisation of Jo Boyce, brought to life the Stations of the Cross before a packed Cathedral of people from across the Archdiocese of Birmingham and beyond.

For a certain number of those in the Cathedral though, this was so much more than an impressive and prayerful meditation, because this presentation marked the 20th anniversary of CJM Music’s Born For This, which has been performed in Cathedrals and Churches up and down the country. Many of those in the present cast were there 20 years ago, and the words and music sung and spoken in the Cathedral on this occasion, and their cooperation with Jo Boyce and the late Mike Stanley over two decades, has shaped lives, nurtured faith and influenced a generation of young people in the Archdiocese of Birmingham and the diverse parts of the country in which they now live.

At the beginning of the presentation, Jo Boyce spoke of the legacy of Born for This which has meant so much for so long, echoing the traditional biblical and devotional themes that speak to people of all ages, and being offered to the next generation, and increasingly being presented by schools, parishes and youth groups around our country and in the United States.

This performance illustrated Jo’s sentiments as among the narrators was Hannah Kelly, who sang with CJM from the earliest age she could sing, now an actress in her own right; cast members who began in the 1990s in their teens now joined in the cast by their own children; and Mike Stanley’s son, Adam, invited by Jo Boyce to play guitar among the 20-strong orchestra and band.

Set within Holy Week in the Jubilee Year of Mercy, Jo welcomed Dan Callow of One Life Music to lead the gathering in the prayerful setting of the Salve Regina, Mary of Gladness. Jo Boyce, Andy Ross, Emily Clarke and Andy Moss led the music through the many dynamics of the highs and lows of jubilation, despair, compassion and rejoicing in this presentation. All those involved find the axis of the performance in Jo’s beautiful solo rendition of the title song Born for This, in the highly charged scenario of Jesus meeting his Blessed Mother, and pausing to contemplate the look between them.

Born for This, the 20th anniversary presentation, left many people high with gratitude and admiration, somewhat exhausted from the tears and engagement in an evening that mirrors the week’s events that they anticipate, but strengthened in faith and in the pilgrimage of Christian life that drew people together and sent them forth renewed for mission.

The CD Born For This is available from www.cjmmusic.com