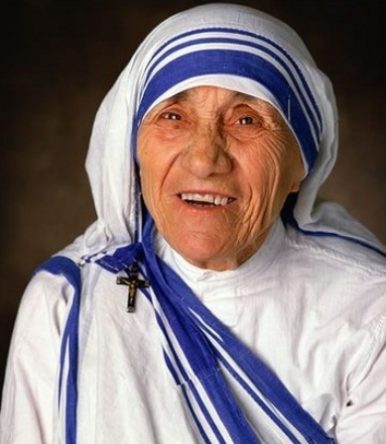 “Holiness is not the luxury of the few,”  Mother Teresa once said, “it is a simple duty for each one of us.”

Archbishop Bernard Longley has described Mother Teresa’s canonisation as a highly significant moment for the church throughout the world in the Jubilee Year of Mercy. At a Thanksgiving Mass at St Chad’s Cathedral Archbishop Longley said Mother Teresa was an agent of God’s mercy who saw things with a remarkable simplicity and directness. He said she had left us the legacy of her Missionaries of Charity Sisters and expressed gratitude for the Sisters of the Order who are based in Birmingham.

The Archbishop recalled the visit to St Chad’s by Mother Teresa in 1992 when she met with the auxiliary bishops to discuss opening a convent locally: “We know she had made up her mind and if the bishops had shown any hesitation they would certainly have lost the argument!”

Archbishop Longley said Mother Teresa saw Christ in the face of those she served and told the Missionaries of Charity in the congregation: “We share your joy that the church has recognised Mother Teresa’s sanctity.”

The Missionaries of Charity have been present in Birmingham for over twenty years and now work in the Kingstanding area of the city.  The four sisters there currently hail from the United States, Ireland, India and Poland. They are jubilant about Mother Teresa’s elevation to sainthood.  Sister Irene : “Mother’s canonisation fills me with a joy that is hard to express, a tremendous feeling. We knew Mother well as she travelled so widely and was a mother to us all. She always addressed us as ‘my dearest children’  and always greeted us with a blessing and touched our heads. It has been so emotional to see in print ‘St Teresa of Calcutta.’ We are so blessed to have lived in the same time as our foundress and to each have personal memories of her.”

In Kingstanding, the sisters devote their time to visiting families and helping prepare children who don’t attend Catholic schools for the Sacraments.  They place great emphasis on being available for families who are in difficulty, saying they try “to bring the light of hope into difficult circumstances.” They also attend Mass at a prison once a week, where their presence is said to generate prayerfulness and gentleness and is greatly appreciated by the inmates, who scramble to speak fleetingly to the Sisters after Mass, to ask for prayers.  Sister Irene: “When Mother was alive she said ‘I will become the saint of darkness. I will light the life of those in darkness.’  So when we meet those without hope, we can bring them to Mother and carry the life of Christ to them.”

Sr Simeon recalls the first time she met Mother Teresa:  “I was in Rome and was nervously awaiting Mother’s arrival at the Convent.  I was looking out for a great entourage but then spotted a lone small figure coming up the steps to meet me!”

Sr Irene:  “If I am finding something hard, I look to her for inspiration. She always illustrated what it means to be a Missionary of Charity; it was possible to see what the Lord was asking of her. Mother was and is the example to follow and was the nearest thing to perfection on this earth. You felt you were in the presence of God.”