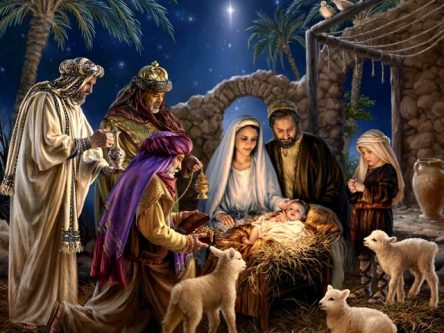 Midnight Mass on BBC One on Christmas Eve year was from St Chad’s Cathedral in Birmingham with Archbishop Bernard Longley as the Principal Celebrant.

The Mass at Midnight was televised live by the BBC. It began by candlelight at 11.45pm with the Blessing of the Crib.

The Cathedral choir was conducted by Professor David Saint. The Dean of the Cathedral, Canon Gerry Breen, said : ‘In this, the 175th anniversary of the Cathedral, the BBC broadcast is a great opportunity for St Chad’s and an honour. It was marvellous for us to be welcomed into peoples’ homes, particularly for those who can’t get out in person or who live alone and especially for those who might be facing their first Christmas alone.’