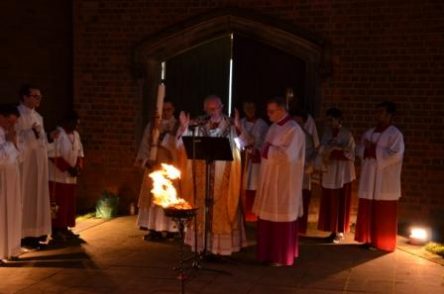 You are looking for Jesus of Nazareth, who was crucified: he has risen, he is not here.

Three of our Lord’s disciples came together on the day after his death.  The Gospel of St Mark tells us that they waited until the sabbath was over before preparing burial spices and then meeting together to plan what they would do.  We can imagine what this particular sabbath day must have been like for these three women, Mary Magdalen, Mary the mother of James and Salome.

In common with all the Lord’s disciples they must have felt devastated that the Master should suddenly be arrested at dead of night and executed like a criminal.  Every bereavement leaves us bereft, but for the disciples who had built their lives and their hopes on the promises of Christ, his death on the cross must have shattered their trust and left them dazed and uncertain what to do.

And so these women did what they knew – they did what was familiar to them, just as the apostles would a few days later, when they returned to their fishing nets and boats.  The three women planned to go to the tomb of Jesus and to anoint his body as a final gesture of love.  It was all they could think of doing.

Tonight we accompany the two Marys and Salome as they keep vigil for the dawn, waiting for the light to enable them to set out across the city of Jerusalem before the busyness of the day would begin.  As they waited they must have gone over the things that Jesus had told them, remembering his parables and his teachings, the deeds of kindness and the miracles, the way that people had reacted to him, the ways they had been changed.

As we have listened in the stillness to the story of creation and redemption we have also been recounting the deeds of the Son of God, pondering on all that he said and did and on how it has forever changed our lives.  We have recalled these things not just for ourselves but especially for those who are going to be baptised and confirmed tonight.  Dear friends, you have been waiting and longing for this moment when you will enter into the Paschal Mystery of the Lord’s dying and rising to new life.

St Mark’s Gospel account conveys the same sense of longing.  We are drawn into the restlessness and longing that have kept the two Marys and Salome awake and waiting with their eyes peering through the darkness to see the first light of dawn:  very early in the morning…they went to the tomb, just as the sun was rising.  They were no to realise that nature’s beautiful gift of the dawn is only the palest reflection of the resurrection of the Son of God.

Even though the darkness of fear and sadness had overshadowed them, when they looked they could see that the stone…had already been rolled back.  We are often like the three women, on those occasions when we see the very first signs of something that is truly extraordinary but we are not yet sure what they can mean.  These women were gradually prepared for the full truth to dawn upon them.  They saw more than the stone and the empty tomb.

They did not immediately see the risen Lord himself but they saw a young man in a white robe, and their eyes must have looked in utter astonishment to where he was pointing as he said:  See, here is the place where they laid him.  With the best of intentions they had planned to anoint the lifeless body of Jesus.  For them the embalming oil of sadness and loss became the oil of gladness as a new hope sprang up in their hearts.  They received a new mission, bearing good news top Peter and the apostles:  He is going before you to Galilee; it is there you will see him, just as he told you.

Tonight we welcome our new brothers and sisters in Christ as they prepare to receive the gifts of the risen Lord.  You have also been given a new mission as the Lord’s disciples.  Tonight you see the Lord in a new way and he gives you a lamp for your feet and a light on your path.  You join us as fellow pilgrims on the Catholic Church’s long pilgrimage of faith.  You will be anointed with the Oil of Chrism and you will receive the light of Christ to show you the path of life.

As we look up at the light of the Paschal candle tonight we realise that our sharing in the Lord’s resurrection is an outpouring of God’s mercy upon us.  In a remarkable insight Pope St John Paul II described the resurrection itself as an act of a merciful Father towards his beloved Son.  In his second Encyclical Letter Dives in Misericordia or Rich in Mercy, written in 1980, he said:  In his resurrection the Son of God experienced in a radical way mercy shown to himself – that is to say, the love of the Father which is more powerful than death.  What he has received from his Father our Lord freely shares with us.

May the light of the risen and merciful Christ continue to burn brightly within us throughout the coming fifty days of Eastertide and beyond. 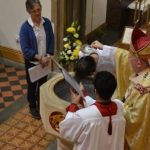 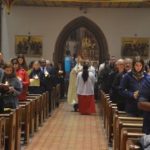 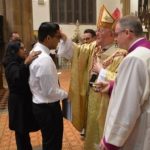 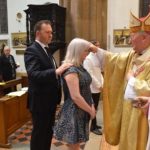 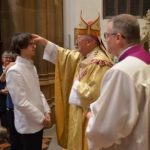 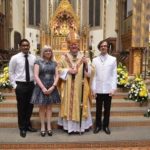 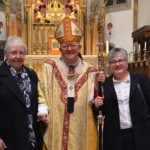 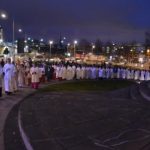 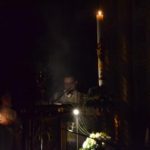 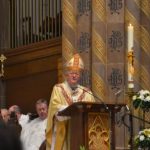 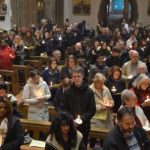 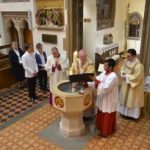