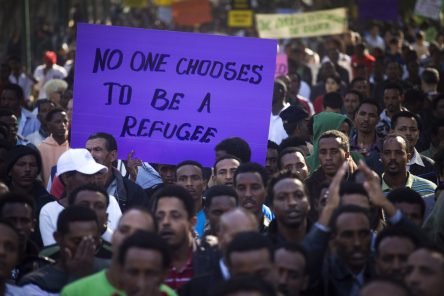 The Lead Catholic Bishop for Migration and Asylum has called for asylum seekers crossing the English Channel to be treated with dignity and spoken out against the dehumanising rhetoric that has characterised debate in recent weeks.

As the focus on refugees now turns towards the English Channel, we should keep in mind that our priority must always be saving lives and playing our part in offering sanctuary to those escaping war or persecution.

Rhetoric and policies that dehumanise or stigmatise people only serve to fuel hostility and harm our society.”

Bishop Paul has previously called for the UK government to go further in assisting asylum seekers during a visit to Calais with his Scottish counterpart in 2017 and following the signing of the Sandhurst Treaty last year.