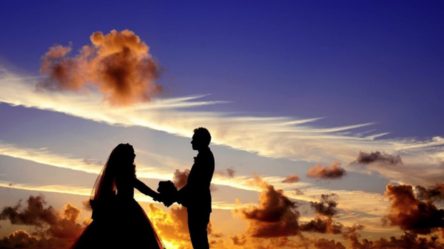 Milestone marriages are to be celebrated by the Archdiocese of Birmingham and the hunt is now on to find the longest married couple!

As part of Marriage Week, which runs from February 7 to 14, a Thanksgiving Mass is to be held at St Chad’s Cathedral at 11am on Sunday 3 February.

And if couples aren’t able to get to the cathedral, it is hoped celebratory Masses will be said across the diocese to ensure all milestone marriages are marked.

Lianne Pap, Family Ministry Worker for the diocese, has been tasked with pulling together the plans for Marriage Week.

“This has never been done for the whole diocese before and I’m really hoping to find the longest married couple.”

Marriage Week UK is co-ordinated by Marriage Foundation and runs each year. It’s hailed a great annual focus for couples with the belief marriages can get better and better with each passing year.

If you are celebrating a milestone marriage and would like to be a part of the Thanksgiving Mass please email lianne.pap@rc-birmingham.org – marking your email ‘Marriage Week’.