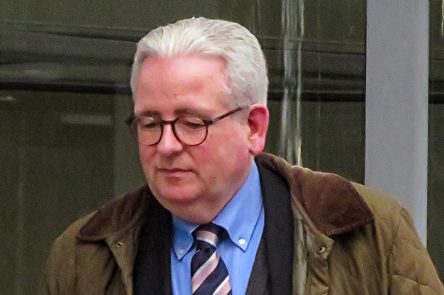 ‘Dear Brothers and Sisters in Christ,

‘I am writing to you at this very difficult time following the conviction and recent sentencing of Joseph Quigley at Warwick Crown Court.

‘On Friday 29th January he was sentenced to 11-and-a-half years in prison.

‘The crimes for which has has been sentenced are deplorable and totally unacceptable. There is no excuse for any kind of abuse and the Archdiocese apologises for the suffering he has caused.

‘Our thoughts and prayers remain with all those who have suffered and we again acknowledge their courage in coming forward to provide evidence during the trial.

‘I am acutely aware of the hurt and the understandable anger and concern this case has raised across the Archdiocese.

‘I cannot change the past but where there have been failings, as an Archdiocese, we must identify them and learn from them so that they do not happen ever again.

‘Therefore, in the light of this, I have already commissioned Barnardo’s to undertake an independent review of the Archdiocese’s actions at every stage of this case.

‘Joseph Quigley faces the Church’s disciplinary processes that will address the seriousness of his offences and I will seek his laicisation by the Holy See.

‘All who have suffered or may be suffering abuse are encouraged to report the matter to the police by calling 101 and, if appropriate, to the Archdiocese of Birmingham Safeguarding Team on 0121 230 6240 or by email: safeguarding@rcaob.org.uk