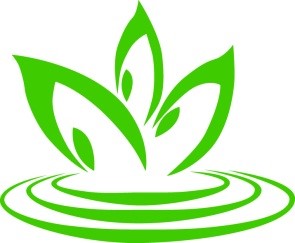 Birmingham’s Faith Leaders call on people of faith in the City to work and pray for peace in Israel, Palestine and across the Israel-Gaza border

We watch with increasing dismay and sorrow, the escalating situation of conflict in Israel, Palestine, Jerusalem and across the Israel-Gaza border. As this region, so sacred to many of the great world faiths, drifts perilously towards all-out war, we call on all people of faith in Birmingham to pray that peace may prevail.

It is particularly abhorrent that this destruction is taking place at this moment, which is among the most sacred in the whole calendar, for the major religions of that region and this city. Today, Muslims mark Eid-ul-Fitr and the end of the Holy Month of Ramadan, whilst Christians mark Ascension Day. In a few days’ time, Jews will celebrate the Feast of Shavuot. It will be difficult for any of our faithful to celebrate, knowing that the current conflict is growing remorselessly.

We implore all people of faith in Birmingham to pray for repentance, forgiveness, reconciliation and peace. We call upon all to recognise injustice, terrorism and inhumanity where they have occurred and contributed to the building of conflict, and to seek instead to build bridges of hope and understanding.

We call upon everyone here in Birmingham to not allow situations abroad to infect and undermine the good relationships which we have carefully built in this city. We give thanks for the good and life-giving inter-faith relations, exercised, day-in, day-out, by people of faith, in Birmingham. We denounce any attempts to attack or harass anyone here because of the faith they profess, or events taking place elsewhere, and completely outside their control.

We have always opposed and rejected the singling out of people on the basis of their faith, and we continue to do so even more strongly in this most difficult of periods. The true sense of religion is mercy, compassion, love, forgiveness, honesty, humility and accountability. We must seek global religious solidarity.

This statement has been prepared by the Birmingham Faith Leaders’ Group for immediate circulation to media outlets, partner agencies, the city’s faith communities and others with whom we work.

The Faith Leaders’ Group was formed in 2001 in the immediate aftermath of the terrorist attack on the Twin Towers in New York, when the leaders of the city’s principal faith communities came together to show solidarity, proclaiming that religious faith is a unifying, not a dividing force. They have continued to meet together on a regular basis (normally every second month) to build positive connections between people of faith across the city.

The Faith Leaders’ Group currently has members from each of Birmingham’s six major world faiths: Buddhism, Christianity, Hinduism, Islam, Judaism and Sikhism. On this occasion, because of time restraints, we have not received specific approval from all members, but at least one principal leader from each of the six faiths has approved the text.

The membership of the Faith Leaders’ Group is: