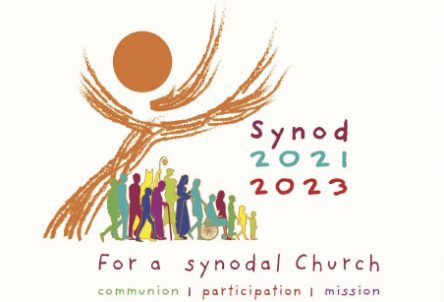 In his short and beautiful book Let us Dream, Pope Francis explains himself very well as to what the whole idea of Synod and Synodality means.

Although they are terms that we might not use very much, there is an important understanding of the way in which Church works in the setting of the modern world.

Synods of Bishops have been restored in the Catholic Church since the Second Vatican Council in the 1960s and some of them have led to very significant teaching documents which influence the Church today:

(Note that the Church’s custom is to name its documents by the Latin words which begin the document, eg. Pastores Dabo Vobis, in the last of that list of documents is the Latin for the biblical quote ‘I will give you Shepherds’).

So, it is well established in the Church that every three years or so, Bishops from around the world gather with the Pope to discuss matters of importance to the life of the Church. Usually, one or two bishops from each country attend the Synod so that there is a gathering of some 300-400 people. Of the nature of this gathering, the main group of participants is Bishops, not in their own right but as Shepherds of the People of God speaking on behalf of the situation in their own country.

For this reason, Pope Francis wishes to know that before the Bishops arrive in Rome, they are bringing the real sense of the Church in any given country to this ‘conversation’.

One of the biggest points that Pope Francis makes is that when the Synod takes place, as long as people come with an open mind: prepared to speak honestly from their own experience but also to listen generously to the views of others, then the dialogue can be most fruitful.

He says that the one who comes to the conversation with no interest in being challenged or seeing the world through the eyes of others will go away failing to be enriched by the experience.

As a Jesuit, Pope Francis is used to debating the issues and recognising that the questioning and the challenging is not, of itself, a problem.

He says that in the world of today, there is a political atmosphere in places where not only do I not see eye to eye with my opponent, I have no intention of seeking common ground. This, he says, is a real problem.

The timetable which will lead to the Synod of Bishops in Rome in 2023 is as follows:

During which each individual faithful can participate in the diocesan consultation. This phase will end locally with a pre-synodal assembly: the culminating moment of diocesan discernment.

A period of discernment will begin for bishops gathered in an assembly (Episcopal – Bishops’ – Conference). They will listen to what the Spirit has inspired in the churches entrusted to them. A ‘synthesis’ will be drafted and in due course sent to the General Secretariat for the Synod of Bishops along with the contributions of each of the local churches (before April 2022).

Which will have the task of discussing the text of the first Instrumentum Laboris. (working document prepared in due course outlining the structure of the Synod meeting)

Finally, the synodal journey will culminate with the celebration of the XVI Ordinary General Assembly of the Synod of Bishops on the theme “For a synodal Church: communion, participation and mission”. #Synod2023

The three main areas of focus for the Synod Process will be:

The Handbook for the Diocesan Phase of the Synodal Process beginning on 17th October 2021: Vademecum-EN-A4.pdf (synod.va)